History of this Car

I bought this car from the original owner in March 2012.  The family's father bought the car new in '71, then his father-in-law used it form many years, followed by his son for a few years before placing it in storage.  All its life was in the Santa Rosa area of California, which is real easy on a car.

It was advertised as rust-free, never been hit, everything works, except for a leaking fuel pump which was discovered a few years back.  The fuel was drained from the tank and the car parked inside.  Scattered through this history page are pictures from the original eBay ad. 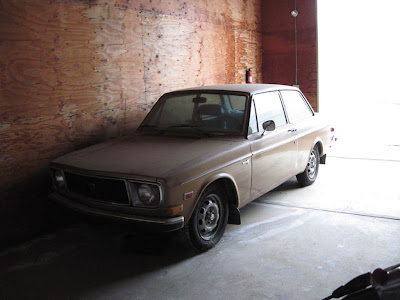 After huge hassles to actually transact the deal, I finally took ownership and had the car flat-bedded to a shop in Santa Rosa.  The plan was to have them get it running, asses its condition, fix any critical problems, then I was going to drive it back east.  I bought a pile of parts to address the known fuel system problem, plus a bunch of things likely to need replacement prior to a long trip.  This included belts, radiator hoses, water pump, ignition parts, filters, etc.  Also new rubber brake hoses which over the years develop arterial sclerosis just like humans.  Basically the inside of the hose swells up until it closes.  Applying the brakes forces the fluid through the restriction and the brakes work, but they don't release, drag, over heat, and all hell breaks loose. 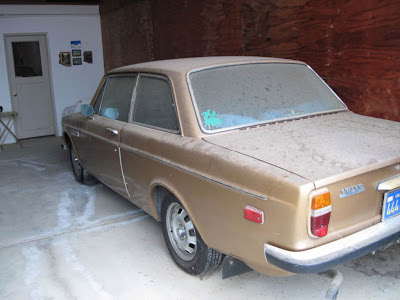 The place in CA got the work done and I flew out to see what I bought.  The good news is that the car really is rust free, which I have to admit I've never seen before, especially on a Volvo of this vintage.  The life of a car in California just isn't fair when you live in the northeast.  We should all have it so easy.

The car is also nearly 100% intact, and by that I mean factory original, unmodified.  For some reason that I'll never understand, people seem compelled to try to turn these cars into race cars.  They lower the suspension, trick out the motors, put flashy wheels and spoilers on, bolt tachometers to the dash and console, etc.  It's like trying to teach a pig to fly, and we all know how well that works.

Aside from this just being the wrong car to start with if you want to sport something up, I really like originality in old cars.  Not the "over the top, every hose clamp needs to be just the right kind", but a car that's what you would expect for a good, clean, driving car back when it was 3-5 years old.  Not right off the showroom floor, and not after it's been handed down to the kids, bit like it was for the first few years of it's first proud ownership.  It's that retro experience that I like.  Step into the Time Machine, Mr Peabody. 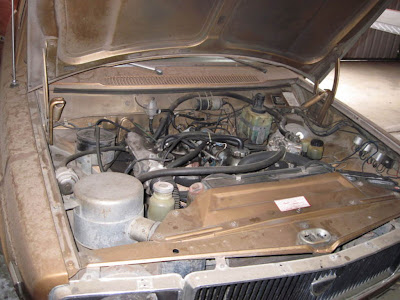 Anyway, other than a badly gone paint job, layers of filth, and some relatively minor modifications and damage, the car looked great.  Ugly, but great.  In fact, given its overall appearance, we nick named it "the turd".

But that's where the car's good condition ended.  Mechanically, the car was is in pretty bad shape.  325k miles on the clock, and it had stopped some time ago.  All the suspension bushings were shot, the ball joints were shot, the tie rod ends were shot, the shocks were shot, there was enough slop in the steering to move the wheel 1/2 turn without changing the direction of the car, and although it ran, it didn't run very well. 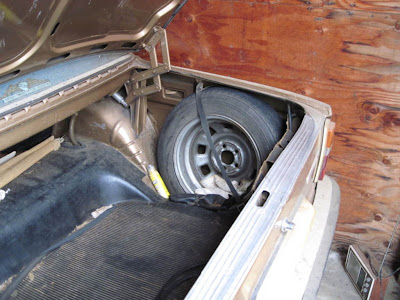 A few hours after I arrived at the shop the car was ready so I took it for a test spin.  It seemed to be running well so I went and got gas, then through a car wash, and emptied a bunch of the trash out of the car.  The run through the car wash was a riot.  I think I got just as wet as the car.  It turns out a bunch of the window seals were completely shot and water just sprayed into the car.

Back at the shop, we buttoned up a few things and I got ready to leave.  The shop owner pulled me aside and suggested I go take a 10-20 mile drive to really see how it holds up.  He said it's better to break down near by than far away, so I took his advice.  About 10 miles down the road the car died and I had to get towed back to the shop. The next day was spent dealing with distributor and ignition problems, and after another test drive, break down, and tow back, I made the executive decision to have the car trucked back east.  Constant break downs would have taken all the fun out of the trip, and left me hating the car before I was even home. 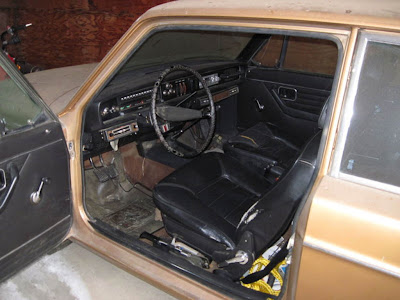 So, I got on a plane and the car got on a carrier and about two weeks later we were both back in Gloucester, MA.  And so begins the Posts in the main section of this web site.

I owned a 71 142E. Bought it new in 71. It made a 30 mile drive and broke down. The clamps the held the fuel injection hoses had not been tightened at the factory. Drove it 1 year and the overdrive electronics failed. Volvo dealer in Savannah GA. Could not find the problem. I traded it for a 72 Plymouth Duster 340. I got the better deal.

At Riverwind, we increase the stakes on the electrifying table recreation expertise. High Card Flush includes a face to face play against the Dealer with two elective bonus bets. The object of the sport is to have more cards of the same properly with|swimsuit} than the Dealer, or a higher rating hand with the same number of cards whatever the properly with|swimsuit}. Known for dafabet its potential for high payouts, Let It Ride was designed to supply gamers a possibility to regulate two of their three bets wagered. Based on the 5-card stud poker recreation, the thing of let it journey is to make the best 5-card hand.