The engine compartment on this car was filthy when I first got it.  Last fall we gave it a first scrub with engine degreaser and got the first layer of grime off. 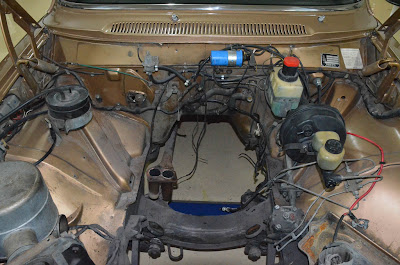 Now that the engine is out I've really gone after it.  First step was scraping off the 1/4" layer of grease+dirt+oil.  Next was a bucket of degreaser, followed by rolls of shop towels and Simple Green.  Then rubbing compound to get off the really tough stuff, followed by wax. 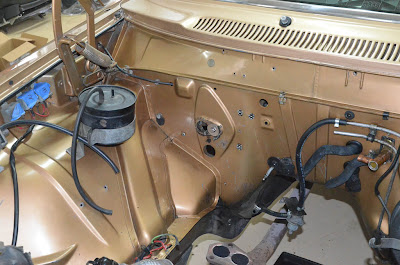 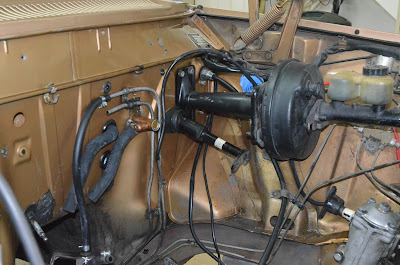 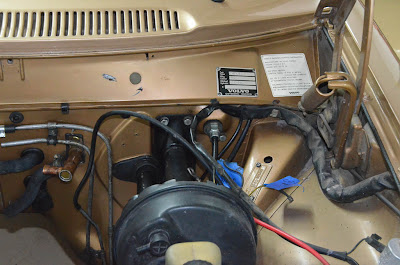 Looks much better now, doesn't it?  And it will look even better with that spankin' clean engine in there.
Posted by Peter Hayden at 8:25 PM

........still a bit grungy behind the master cylander and brake line distributor....Chop,Chop!